Click Here to See How We Can Bring Live Energy to Your Virtual Event! 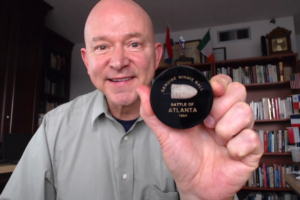 Don’t Out-Compete the Competition –- Out-Create Them!

By Terry Brock For Steemit and DSound

Competition is all over the place these days!  Whatever field you’re in, there are competing forces offering your product or service, or a good substitute. Price competition is often the way many choose to beat the competition. That is not the best way to compete. There is a much better, and more profitable way to do business.

It wasn’t that long ago that many would joke about their “crackberries.” These were the ubiquitous Blackberry cell phones that many joked they were addicted to like a crack addict.   Many felt that the Blackberry brand, for texting and calling would always be the dominant force and no one could dislodge them.

Well, along came this uppity computer company who had the unmitigated gaul to produce a (gasp!) music playing device (the iPod). If that weren’t enough, they came along later and introduced a (gasp again!) device that combined music, data, and texting. Oh yeah, it also made phone calls!

The rest is history.

Apple didn’t try to outcompete Blackberry with just another cell phone. They leapfrogged ahead of Blackberry providing a phone that eventually enticed millions of former “crackberry” users to purchase and “love” (yes, they used that word a lot!) their new Apple iPhones.  Apple sparkled in creating new uses. Apple continues to sparkle with that. Now many refer to the old staple phones as “grandpa berries.”

I remember when I was getting my MBA at Georgia State I had a professor, Dr. Tom Stanley. He told us the story of the “Minnie balls crashing in the air theory of marketing.”

The minnie ball (as it was called in the States) was developed by The French army officer Claude-Etienne Minié. The design of the minnie ball allowed rapid muzzle loading of rifles. This innovation replaced the use of the smoothbore musket. During the Civil War in the United States, both North and South forces embraced the new technology given its superior field fighting ability.

However, there were so many of the minnie balls used that often they would literally crash in the air. Note the picture of me and a genuine minnie ball that was found in the Battle of Atlanta in 1864. Dr. Stanley told us MBA candidates that if we see a situation where everyone is doing the same thing, we need to get away. He recommended being creative and coming up with something that others are not doing. By the way, Dr. Stanley went on later to write several best-selling books in the “Millionaire Next Door” series. I think he knew what he was talking about!

This is a similar idea that is expressed in the book, Blue Ocean Strategy by Renée Mauborgne and W. Chan Kim. Don’t fight in the realm where everyone else is competing in the same way. Be different. Leapfrog over the competition by being creative.

I love the way PayPal Co-Founder Peter Thiel expresses it in his book, Zero to One: “Solve a problem that no one else is solving. You’d be out of your mind to do it for any other reason.” http://www.usatoday.com/story/tech/2014/10/12/peter-thiel-on-apple-mbas-and-startup-creation/17059735/

Brilliant creativity and innovation are the lifeblood for successful companies today and tomorrow. Don’t rest on your laurels. Apple didn’t. Frankly, the marketplace doesn’t care what you did before. What matters is what creative, problem-solving, and life-enhancing miracles you can create now at a reasonable price.

Don’t get involved in the “Minnie balls crashing in the air” practice of marketing. If everyone is using the same tactics, you want to get out of that space. Think of delightful, innovative ways you can create a unique experience that sets you apart. Be the only one who provides a unique experience for your customers. Don’t try to out-compete. Out-create your competitors!

Thank you very much for stopping by. I greatly appreciate it. If you enjoyed this piece about being distinctive and standing out, please share it with your community and upvote on Steemit and DSound if you enjoyed it. Thank you SO much for doing that!

2018 Recipient of the National Speakers Association’s Highest Award, The Cavett

Terry Brock brings a passion for technology, a sense of history, and real-world business strategies for success to everything he does in a fun, entertaining way while providing real-world solutions and results for those in his audiences.

Are you looking for an in-person or virtual speaker who will add the perfect spark to your next event? Or an author for your next bestseller? Or maybe a technology coach to help you leverage the future to hit your goals? Contact Terry and let’s see if he’s the right fit!

Speaker Hall of Fame recipient Terry Brock brings a passion for technology, a sense of history, and real-world business strategies for success to In-Person and Virtual Events as a speaker and facilitator.

Get a competitive advantage by receiving Terry Brock’s Achievement Update. Packed with FREE ideas to help your business or your next event!

Get Terry for Your Next Event